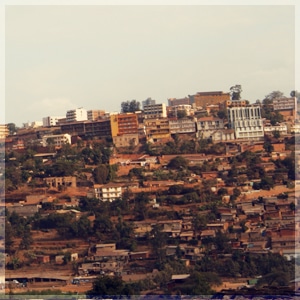 In 1994, the swiftest genocide in history took place in Rwanda. More than 800,000 people were killed in just 90 days. The brutality was and remains difficult to fathom. The violence stemmed from long-standing tensions between the Hutus and Tutsis, Rwanda’s two most dominant ethnic groups at the time.

During Belgian colonization in the early 1900s, the minority Tutsis were given favor and considered superior to the majority Hutus. As a result, Tutsis benefited from better jobs and educational opportunities.

Hutu resentment built up. In 1959, more than 20,000 Tutsis were killed by angry Hutus. Thousands of Tutsis fled Rwanda and settled in the neighboring nations of Uganda, Tanzania, Congo, Burundi. Then, in 1962, when Belgium pulled out of Rwanda, they left the Hutus in control of the government. With the Hutus in power, the minority Tutsis, formerly perceived as oppressors, were blamed for every problem and crisis in the country. Political tension increased.

Tutsi refugees with support from some moderate Hutus in Uganda formed the Rwandan Patriotic Front (RPF) with an aim to overthrow the then-current President, Juvenal Habyarimana, a moderate Hutu, and return to their home country.Â

In an effort to improve his waning popularity, President Habyarimana exploited the RPF’s threat. As a result, Tutsis still living in Rwanda were accused of being RPF collaborators and were mistreated.

On the evening of April 6, 1994, President Habyarimana’s plane was shot down. No one knows to this day who actually ordered the assassination, but it was the perfect excuse. The Hutu publicly blamed the RPF, and a killing spree began. Overnight, roadblocks were put up and thousands were armed with machetes, guns and clubs. By three months later, 800,000 Tutsis and moderate Hutus had been slaughtered. On July 4, 1994, the RPF captured Kigali, shifting the power dynamics and ending the genocide. About two million Hutus fled the country to Congo fearing reprisals. The nation began its long, long road of mourning, healing, rebuilding, and reconciliation. 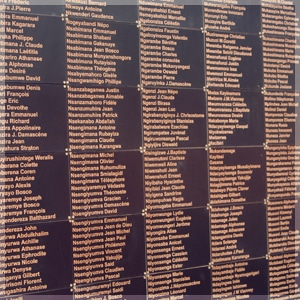 Between 250,000 and 500,000 women were raped during the 1994 genocide, which is believed to be the cause of the AIDS epidemic in Rwanda. Due to the genocide and the ensuing HIV/AIDS epidemic, more than 600,000 orphans lived in Rwanda by 2001. Additionally, there was virtually no psychological care for anyone in Rwanda after the genocide.

There is camaraderie in similar experience, regardless of the devastating nature of that experience. The people of Rwanda bound together in the aftermath of the genocide. Today they are filled with joy, filled with love. Rwanda’s people are reconciling, forgiving, growing, and overcoming. Since the 1994 genocide, Rwanda is rebuilding itself. Many people involved in the genocide were tried and put to death or imprisoned, and community-led justice and reconciliation initiatives have helped rebuild devastated relationships between neighbors. The educational system is strengthening. The economy is rapidly growing. There is reconciliation in Rwanda and hope for a strong and united future.